Rudy sends the following report from the British Chess Championship:

It's a very pleasant venue at Kent University, surrounded by woodland with Canterbury below in the distance.

The top player, Michael Adams , won quickly in 21 moves with black. Upsets were Jack Rudd beating the no 8 seed Keith Arkell, with the no 3 Steven Gordon being held to a draw. All 3 Welsh players faced higher graded opposition. Rudy van Kemenade gambitted a b pawn but soon lost a couple more and despite getting play with opposite colour B's and R, one of the pawns got through. David Jameson against a Scandinavian also offered his b pawn ,but this was declined and after some adroit manoeuvers in the centre the R and opposite colour B ensured a draw. Allan Pleasants defended with a two nights tango and survived to draw against his youthful opponents patient probing for a breakthrough in a R and P ending.

The game between Arkell and Rudd was decided when Rudd played e4 attacking the Wh Q on f3. Instead of the intended Qb3 followed by K move to dodge a K side advance, the GM moved his K first. It happens to us all.
Posted by Matthew Francis at 15:42 No comments: 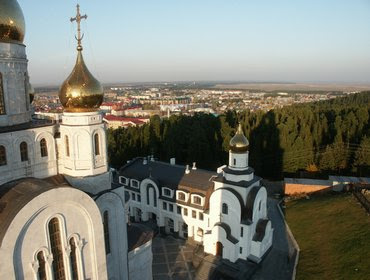 Not all of us are taking the summer off chess. Personally, I quite fancied playing the Hereford Congress over August Bank Holiday weekend but it's unfortunately been cancelled. On a more rarefied level, both Rudy and Julie van Kemenade will be representing Wales in the near future, Rudy in the British Championship, beginning on 26 July, and Julie in the Chess Olympiad in Khanty-Mansysk, Siberia (pictured), in September. Good luck to both.
Posted by Matthew Francis at 15:11 No comments:

Aberystwyth Chess Club is taking a summer break. There will be no meetings in July and August, and our next meeting will be on Tuesday 7th September, when we will hold our AGM. Meanwhile, in other news, we have won the Iolo Jones trophy for the most points won in this season's Dyfed League by players under 1700. Nice to win something, anyway! See you next season.
Posted by Matthew Francis at 15:01 No comments: